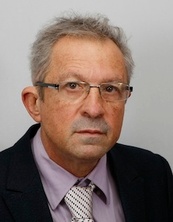 The Verimag Laboratory is one of the leading laboratories for research in critical onboard systems. The theoretical and technological bases of the tool SCADE, used by the Airbus Consortium to design and validate critical real-time flight control systems, were prepared by Verimag. This tool has become a bench-mark in the aeronautical sector. Verimag has long-standing strategic relations with ST Microelectronics, France Telecom R&D and Airbus Consortium; these forms of collaboration have enabled numerous validation and testing protocols.

Joseph SIFAKIS has received international recognition for his innovative theoretical and lab. work relating to specifications of competing models and their process assessment; thus, he contributed to what is called Model-checking which has become the most commonly used assessment method for industrial applications. His current research thrust is in component assembly design, modelling and real-time analysis with stress on obtaining ‘correct techniques’ by construction.

. This network comprises 35 of the best European research teams whose aim is to attain the highest possible standards in design work for reliable onboard systems, at acceptable cost levels. The network will promote new procedures to check the safety levels of the systems thanks to collaboration with key industrial partners such as Thalès, Airbus, Ericsson, Philips and ST Microelectronics.

Joseph SIFAKIS was co-laureate, with Ed CLARKE and Allen EMERSON for teir contribution to Model Checking.

Télécharger le communiqué de presse Cf. (CV). Joseph SIFAKIS has considerable industrial experience, notably via joint projects with partners such as Astrium, ESA (European Space Agency), France Telecom and ST Microelectronics. In recent years, he has been engaged in consulting work. He is the scientific coordinator of the European Excellence Network on onboard, embedded systems ARTIST2. Cf. the Prix Turing 2007. He was also awarded the Silver Medal of the CNRS, in 2001 ; he is la médaille d’Argent du CNRS en 2001. He is Doctor Honoris Causa of the Ecole Polytechnique Fédérale de Lausanne (EPFL), of the Univerity of Athens, and of the International HellenicUniversity. He is Professor emeritus of the University of Patras