For the joy of being able to imagine, create and build something with a specific purpose and use for people. There is nothing more exciting than space technology for me. Imagining and building machines capable of exploring space, light years away from us, is just incredible, and not without forgetting our satellites which are part of our everyday life.

My career path is quite classic: scientific A-level, preparatory school followed by an Engineering school with a specialisation in telecommunications systems. My aim was to have a fairly general background so that I could always choose to do what I wanted.

In 2013, at Thales Alenia Space, I worked on the Exomars mission, more specifically on the communication system of the orbiter which was launched in 2016. Its objective is to study the Martian atmosphere and to relay communication between the rovers on Mars and Earth. I still remember the first time I saw the spacecraft in the clean room, I felt rally small, literally!

What do you do today and why?

I am responsible for the strategy of new business initiatives in space, more specifically On-Orbit Servicing. The near-Earth space environment is becoming increasingly crowded, but it is impossible to think about living without satellites above us. We are imagining vehicles that will either extend the life of a satellite by refuelling it, repairing it for example or de-orbiting it at the end of its life. This subject combines for me a beautiful vision for the future of space and the development of beautiful technologies with this future autonomous robotic vehicle that will carry out on-orbit operations in space.

I have been responsible for European research and development projects (H2020) on specific technologies that will enable the development of this new business. The I3DS project I was in charge of from 2016 to 2019 developed sensors to enable the autonomy of these robotic vehicles I mentioned above. This project won the European Star Award. I also followed another on-going project for which I am no longer responsible called EROSS which demonstrates ground-based rendezvous technologies. And finally, I led the win of its sequel EROSS+ which is studying an in-orbit demonstration mission of all these technologies. I have thus developed technical and market knowledge along with a good understanding of the issues at stake in this subject, which now allow me to develop this project at a higher level: because knowledge is power!

Past challenges, failures, and disappointments?

There is a moment that comes to mind when I felt quite alone: it was during the first presentation of my first European project. I was 25 years old and I was in front of an army of men. As it was the first time, I had to make a good impression: to show that I was the right person, knowing that I had only learnt a few days before that I had to take care of the project. It was a great challenge! Fortunately, everything turned out well, I was able to prove myself and I had a great and understanding client who supported me and congratulated me at the end of the project. I often had the feeling of not being good enough, I used to ask myself every day if I deserved my job, if I was worth it, and I work a lot in this sense: it's something I'm still learning to overcome.

Best moments, successes you are proud of?

There are several moments in my life that I am very proud of, and not only for me but also for my parents: receiving the Usine Nouvelle trophy as a promising newcomer in 2017 and the Star of Europe award in 2019, working in space, it made it even more special ! And then recently to have landed a position in my company strategy direction before my 30th birthday at Thales Alenia Space, was a real personal achievement for me.

2 years after the PVST (Prix de la Vocation Technique et Scientifique) in 2008, there was a working group that gave birth to Allez les Filles Osez les Sciences! To encourage young women to pursue science studies. This was a turning point in my life and all the people I met there inspired me: the person behind this initiative Marie Agnès, the group of girls who became my friends, and of course my godmother Claudie Haigneré. It is an unforgettable experience. I am also very lucky to have kind people around me, both in my family and in my professional environment, and I thank them for being there. For those who have made my life difficult, I prefer to ignore them and forget them. My parents always told me that they were just jealous and didn't deserve attention: this is very good advice.

I really miss travelling, both in my personal and professional life. This period we are going through seems to never-ending, so I hope to discover new places very soon: there are so many amazing things to see in the world.

Normally sport: I've been playing tennis since I was very young and it's a sport that taught me discipline and how to surpass myself, it has shaped my mind. I grew up watching Roger Federer, whom I still love to watch play. Otherwise I listen to a lot of music, of all genres and I cannot go a day without music. I discovered K-pop more than 10 years ago and I really like the Korean artists BTS.

Mulan: having grown up in the 90s, I did not escape the Disney movies. And this story inspired me a lot in my youth because of her courage, her will to save her family's honour while remaining true to herself.

Everything is going to be alright.

Harry Potter. Well technically there are 7 of them... :) but it's the first book I read that really made me forget about real life and I think that on a desert island you need imagination to survive.

A message to young female professionals?

It may seem like an obvious message, but if you want to do something, do not ask yourself any questions: just go for it. I'm not saying you should not think before taking a decision, but no one will do that for you. 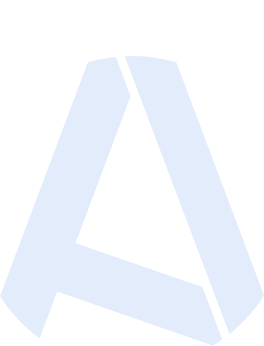